Case Study #1: I heart Staten Island! (yeah, not so much)

I love the comments on this site stating that “it wasn’t about race, it was about politics”. So why not beat up a white Obama supporter? (my own Obama-mobile identifies me from a mile away . . . and I’m as white as they come . . . so bring it!)

Not to mention that beating the @$#% out of someone is NOT an appropriate response to hearing that one’s own candidate has lost the election. At least not in an alleged democracy such as our own. Seriously? I don’t care if you ARE “Joe(y) the Guido”. (FYI, I am using “guido” as a stylistic/cultural term, NOT as an ethnic slur.  but I am open to any dissent or disagreement here. to be honest, I mostly had to add that little snarky comment because I consider myself to be clever. (you may disagree with that also!) and partly because I’m annoyed to have to admit that I grew up in this sorry little corner of the best city in the universe.)

Plus . . . you had to pick on a Liberian?! come on! That’s not even on the same side of the great country of Africa as Kenya is!

Case Study #2 How about Pittsburgh this time?

When I read “Otter Creek Township”, I was sure this was going to be a story from the fine state of . . . one of those Carolinas or something.

I haven’t even GOTTEN to the southern half of the country yet . . . but screw it. I’m all about the hope right now. 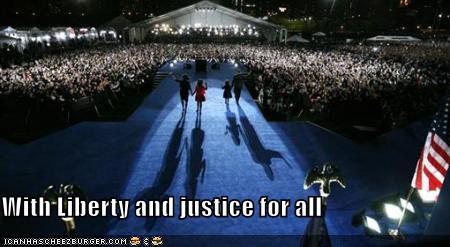 (ps I’ve been “collecting” political cartoons this week and am going to put up a (probably highly illegal in a copyright sense) collection of my favorites sometime soon . . .

One thought on “Sunday blogging against racism–Hate crimes ‘r us”

The Pigeon Man of Ocean Parkway